What retailers in the UK want from Brexit 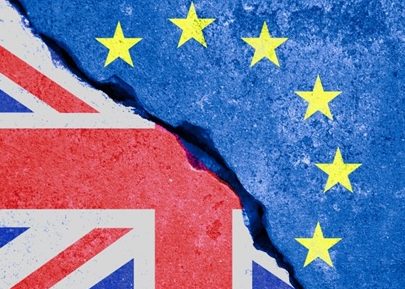 What retailers in the UK want from Brexit

The eventual terms of Brexit will have a profound impact on retailers operating in the UK. But we won’t know the shape of the Brexit agreement for some time now, possibly not until early 2018, when negotiations between the EU and UK under Article 50 of the EU Treaty have advanced significantly.

A hard Brexit, where the UK reverts to trading under WTO rules, means higher prices for imports in the short term followed by prolonged uncertainty while free trade deals are agreed with the EU and other key markets. This is not the outcome that many retailers will be looking for. Anything that keeps the UK in the customs union and single market however, and all of the certainty that brings to business, would be welcomed with open arms.

But at the moment, all the signs are pointing toward a hard Brexit simply because it is unlikely that the UK can remain in the single market. There is a problem in the UK with free movement and there do not appear to be ways of getting around it. So the only crumb of comfort in this course of events is that everyone is in the same boat. A retail executive told me recently that he really wasn’t that worried about the drop in the pound, if you know your competitors are going through exactly the same thing, the business can handle it. So it will be with a hard Brexit, the only certainty you have is that every retailer sourcing from outside the UK, which is pretty much every retailer, has the exact same problem as you.

This will be the main message from retailers in the UK at the moment, they need legal certainty and consistency, and need to know the government’s position very soon. Without that, life becomes increasingly difficult as retailers need to be able to plan ahead, sometimes as far ahead as 18 months in advance, in terms of globally sourced products.

Stores also need reassurance that their overriding objective of maintaining a low price base is at the forefront of the government’s mind as it embarks upon the most challenging series of negotiations that this current generation of politicians and civil servants will have known.

So what are retailers doing to avert the worst case outcome and try and talk some sense with a government which at times appears to be floundering for a strategy. In their dialogue with the UK government, retailers will be asking for something like this:

There is nothing particularly remarkable about that set of demands, and a lot of it is just simply a request for clarity.

Having spoken to many retailers about this subject, my inclination is that most have accepted Brexit will happen, and most would prefer that a model resembling Turkey would be acceptable in the short term. That means remaining a member of the Customs Union and thereby making sure that tariffs are not imposed on imports. But it also means the UK making its own immigration policy, which was the dominant theme of the referendum campaign.

In a second stage, the UK would be looking for a Free Trade Agreement with the EU, which included services and allowed the UK to then make trade deals with other countries. I think this is the most likely course of action, and a welcome one, given the mess left by the referendum.