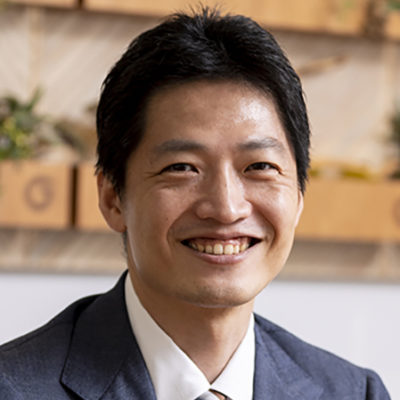 Takashi Yanase was born in 1976. He worked for Mitsui & Co., a general trading company, from 2000 to 2007. His main job was international trading, importing frozen foods for McDonald’s Japan, 7-Eleven, and other companies. From 2008, he joined the family business, Kaho Musen Holdings Co., Ltd. and worked in the stores for one year at the group company, GooDay Co., Ltd. He learned about store operations, product assortment, and service through his work at the store. He has held the positions of General Manager of the President’s Office, General Manager of the Sales Division, Vice President, and was appointed President in 2016. Since becoming president, he has focused on digital transformation, analyzing data, utilizing cloud computing, and improving store operations. His efforts have been highly recognized in Japan, and in 2022 he was awarded the Japan DX Award.