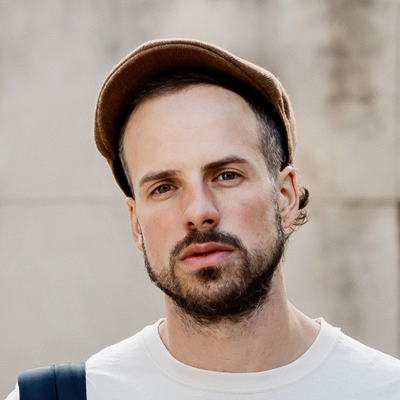 Joshua Coombes, 32, is a British hairstylist, and founder of #DoSomethingForNothing – a movement that encourages and inspires everyday people to carry out acts of kindness according to their particular skill, connecting with those who need it. From humble beginnings, this was originally initiated in 2015. Joshua’s desire, quite simply, was to positively impact people’s lives by offering free haircuts to the homeless, and in turn, giving them back some self-esteem and dignity. By posting transformative images to his Instagram and telling the stories of those living on the street, Coombes is humanizing this issue and empowering others to join in. With his online platform, he gives a voice to those that may feel unheard in our society. His mission quickly caught the attention of media outlets in Europe and has rippled worldwide.

Recent coverage in the U.S includes appearing in National Geographic’s new series ‘The Story of Us’ with Morgan Freeman released this year. See the effect of #DoSomethingForNothing as it begins to touch the lives of people so far.

Jade Statt, a UK veterinarian, has launched Street Vet UK, which cares for homeless people’s dogs; Chris Leamy, a Wall Street banker by day, has an evening gig going out and playing guitar for homeless people; and Paul Avila distributes Walkmans and headphones to the inhabitants of Skid Row in downtown LA.