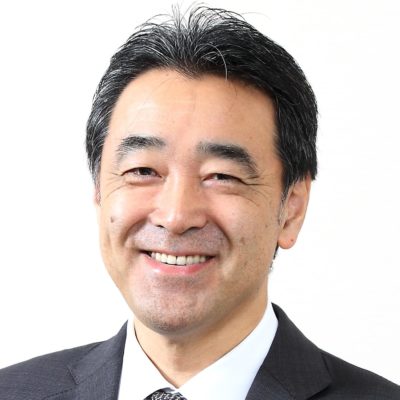 Cainz is the core enterprise of the “Baisia” group. The group started from a clothes store in a suburb of eastern Japan. Established by my father in 1958, the group has developed various kinds of retail business, and now consists of 29 affiliated companies.

Cainz evolved into an independent home improvement store in 1989. The majority of our group business, besides “Cainz” are “Workman”, a casual and working apparel store, and “Beisia”, a supermarket chain. The group has been consistently growing since its foundation, and its revenue is predicted to hit almost JPY 1 trillion (ca. US$10B).

I joined Beisia group in 1996, moved to Cainz in 1998, and succeeded my father as CEO in 2002. Since then, I have been making the best effort to grow the company.

I hold a Bachelor of Commerce degree from Waseda University, Tokyo. After graduation, and before joining Cainz, I worked for a major securities house, Nomura, and experienced a wide range of operations such as security sales and IPO.

Cainz defines “DIY” broadly as “activities to make and create things in life” and believes this interpretation of DIY is helping us to address the consumer’s needs for improvement in the quality of their lives. We want to exchange our opinion about DIY among EDRA/GHIN members, thus bringing benefit to all members.

Now I am trying to pursue the future of home centers, leveraging DX, beyond the conventional retail store. In addition, I hope to lead Baisia group to be a group of individual specialist stores which generate a positive synergy effect to each other.