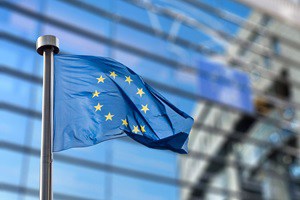 As a government affairs specialist based in Brussels, observing the EU institutions at the moment is a bit like watching Sylvester Stallone taking beating after beating in one of the Rocky movies. Rocky is European Commission President Jean-Claude Juncker, and Apollo Creed is Brexit, Mr T is of course, Donald Trump, but the worst opponent of all, the one who could really deliver that permanent knock-out blow to the EU project is the blonde bombshell, Dolph Lundgren, aka Marine Le Pen.

Since Brexit and Trump, anyone sensible has given up depending too much on opinion polls, or trying to think things through rationally. Now you just have to expect the worst. And electing Marine Le Pen as President of France would really be the worst thing that could happen. For the Eurozone and single market, for the EU’s cohesion and unity, for French people’s living standards and their overall security. I am prepared to say it would be a nightmare.

But it could really happen. The meltdown of the centre-right is making it more and more likely. This election was an open goal for the centre-right, they just needed a candidate to turn up on the day and get elected. But a combination of stubbornness and Party infighting means Francois Fillon will stand and be soundly beaten.

Why? Because he has so dreadfully mismanaged a minor corruption scandal involving his personal use of state funds that he may even drop to fourth place in April’s first round of voting. Fourth place! Behind a far left candidate, the Socialist Party’s Benoit Hamon, whose programme would likely bankrupt France. Mr Hamon could come in third in the voting.

So going into the second and decisive round in May, the mantle of the Right will be taken by Marine Le Pen, and opposing her, will be a unknown quantity, a man without any real Party backing, Emmanuel Macron.

Macron and Le Pen are neck and neck in the first round polls, at around 25{2920dc35e13aa575d381a963680550d7ab92ea574880ecc82f11a0ccc4bb06ae}. To get to 50{2920dc35e13aa575d381a963680550d7ab92ea574880ecc82f11a0ccc4bb06ae} in the second round Le Pen needs two things to happen, she needs to motivate rural voters angry about change and the threat posed by immigration to their identity to turn out en masse. She also needs massive rates of abstention in traditionally socialist post industrial zones in the North, who see in Macron just another millionaire financier who doesn’t understand their sense of betrayal.

These ingredients are broadly similar to the movements that voted for Brexit and Trump. The parallels are so compelling it is hard to make the case that it simply can’t happen. It already happened twice.

France is not in a good place right now. My advice to Jean-Claude Juncker is prepare for the worst, make sure you have a your Plan B ready. Rocky always wins in the end right?