Fast fashion and some lessons for all of us 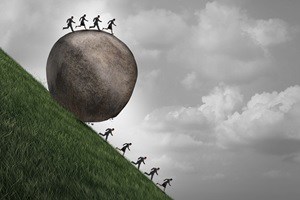 Fast fashion and some lessons for all of us

At EDRA, we think the biggest upheavals facing retail over the next ten years are digitisation, robotisation and sustainability.

And while it is always very exciting talking about first two subjects, which are all about the new innovations playing out in our malls and how shopping is going to get easier, more personal and frankly, more fun, we can’t forget that this has to be built on a sound ethical and sustainable basis.

The disaster that took place at the Rana Plaza garment factory in Bangladesh in 2013, which led to the deaths of over 1000 factory employees, had a major impact on the the way we think about the global supply chain. There is now a much greater level of public awareness about how products are designed, sourced and assembled, and the challenges that this brings in terms of dangerous working conditions or modern slavery. I also think consumers are willing to give companies the benefit of the doubt in solving these challenges, knowing they are complex and require time. But clearly there is still a long way to go. As recently as Monday night, I watched a documentary where factory workers in the UK were being paid €3 an hour to produce garments for the fashion industry. The most shocking revelation in this programme was that workers were being told they had to accept these low wages, as they were competing directly with Bangladesh and China. This was something I had never heard before.

One of the companies involved is a cool new fashion start-up called “Missguided.” A typical brand favoured by Millennials; everything was on Instagram, it was credible, agile, active and with a new collection out almost every day. But Missguided is using a factory paying its employees €3 an hour. If you go on Twitter today and search Missguided, you will not see a single young customer referencing Monday night’s TV revelations. So it made me wonder exactly how demanding Millennials really are about sustainability.

I also had a look at a newspaper interview with the founder of Missguided from a few years ago. A very impressive guy, no question. But one of this statements really shocked me: “we do a lot of our production in the UK – we also do some in the Far East – but we can produce something as quickly as three days in the UK.” So clearly the fast fashion industry is setting itself up in the UK as a direct competitor to Asian markets where living standards are vastly inferior to western Europe.

Furthermore, we all know that fast turnaround is, more often than not, a factor that is sometimes associated with human rights violations in the supply chain. If a brand tells its Tier 1 factory to get an order out of the door to a tight deadline, it shouldn’t surprise anyone when a poorly regulated Tier 2 or 3 factory is brought in to help.

The customer has to recognise there is a human price to pay for affordable, fast fashion. We hope that message is getting through. In the meantime, it is up to retailers and brands (and home improvement is not exempt from this) to generate more transparency beyond their Tier 1 suppliers. Something which only really can be done by working with governments, international NGOs and their competitors.